SPIRITUAL SOLUTION FOR COVID FROM A PALMIST TABLE


If atleast only one person benefits by reading this, i am happy..

What is COVID-19 ? The 2019–20 Coronavirus pandemic is an ongoing pandemic of coronavirus disease 2019 (COVID-19) caused by the severe acute respiratory syndrome coronavirus 2 (SARS-CoV-2). The outbreak was first identified in Wuhan, Hubei, China in December 2019 and recognised as a pandemic by the World Health Organization (WHO) on 11 March 2020.As of 15 March, over 156,000 cases of COVID-19 have been reported in around 130 countries and territories; more than 5,800 people have died from the disease and around 75,000 have recovered.

What is our country’s position in this dark hour? India-wide Corona infections touch 100, Maharashtra has most cases 31 as of today . ( 15/3/2020).It is the duty of each and every citizen to control this disease and fear of this disease, even if it is , in a very small way.

What are the practical precautions to be taken against COVID-19?
Keep good hygiene.
Wash your hands often.
Avoid touching your eyes, nose, and mouth with unwashed hands.
Avoid close contact with people who are sick.
Stay home when you are sick.
Cover your cough or sneeze with a tissue.
Clean and disinfect frequently touched objects and surfaces.
Wear a mask when you go to crowded places.

Is there any Spiritual Precautions/remedies for COVID-19?
Yes. There is a wonderful Mudra , formulated by our ancient sages, especially to save us from such dangerous diseases. It is called as PRAANA MUDRA.

Spiritual remedy 1:
What is a Mudra and how to do it?
The physical body is made up of five elements namely – Air, Water, Fire, Earth and Aakash (ether – the tiny intercellular spaces in the human body).
Imbalance of these elements disrupts the immunity system and is the root cause of all human disease(s) – both mental as well as physical.
Ancient Sages found out that - deficiency in any of these elements can be corrected, through Mudras.
When a finger representing an element is brought into contact with the thumb, that element is brought into balance. Therefore the disease caused by the imbalance is cured.  Mudras start electromagnetic currents within the body which balance various constituting elements and restore health. The joining of fingers creates an effect on the human body.
Ancient sages have designated the five fingers for these five elements viz.,
* Thumb      Fire
* Index        Air
* Middle      Aakash
* Ring         Earth
* Little        Water

In this Mudra, the tips of both the little finger and the ring finger should touch the tip of the Thumb. The other two fingers, the Index finger and the middle finger would be extended outside.
Any dosha ( defects) present in the Life Line gets reduced. Also it is practiced , to remove the defects present in the Line of Mercury ,  underdeveloped Mount of Venus and Aggressive Mars .

Other Benefits:
1.   Increases immunity power, thereby reducing your chance of getting attacked by COVID-19 or for that matter, any type of diseases.Timing :- everyday do it for 15mts minimum. 45mts maximum ( 15-15-15)

2.   Helps in reducing blocks in arteries and veins.
3.   Helps in curing Mouth ulcers , acidity, stomach disorders and most problems related to the digestive system.
4.   Helps in regulating Menstrual disorders and solves most problems related to reproductive organs.
5.   Beneficial for people having Rheumatoid Arthritis.
6.   Regulates BP.
7.   Reduces skin dryness & skin irritation.
8.   Reduces the bad smell caused due to sweat and regulates it.
9.   As it improves the immunity system, doing this Mudra regularly --  prevents Cancer.
10. When done along with Apana Mudra , cures Diabetes.
11. Reduces the back pain significantly , caused due to slip(ed) disc and bulge(d)  disc.
12. Makes your mind calm, & helps you to sleep peacefully.

Following is the powerful Vaidyanatha Ashtakam for our readers, in this dark hour: 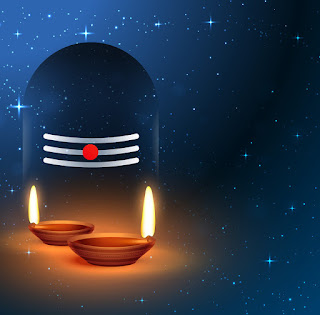