"Mukunda, why don't you get an astrological armlet?"
"Should I, Master? I don't believe in astrology."

"It is never a question of belief; the only scientific attitude one can take on any subject is whether it is true. The law of gravitation worked --as efficiently before Newton-- as after him. The cosmos would be fairly chaotic if its laws could not operate without the sanction of human belief !

"Charlatans have brought the stellar science to its present state of disrepute. Astrology is too vast, both mathematically and philosophically, to be rightly grasped except by men of profound understanding. If ignoramuses misread the heavens, and see there a scrawl instead of a script, that is to be expected in this imperfect world. One should not dismiss the wisdom with the 'wise.'

"All parts of creation are linked together and interchange their influences. The balanced rhythm of the universe is rooted in reciprocity," my guru continued. "Man, in his human aspect, has to combat two sets of forces—first, the tumults within his being, caused by the admixture of earth, water, fire, air, and ethereal elements; second, the outer disintegrating powers of nature. So long as man struggles with his mortality, he is affected by the myriad mutations of heaven and earth.

"Astrology is the study of man's response to planetary stimuli. The stars have no conscious benevolence or animosity; they merely send forth positive and negative radiations. Of themselves, these do not help or harm humanity,  but --offer a lawful channel for the outward operation of cause-effect equilibrium which each man has set in to motion in the past. 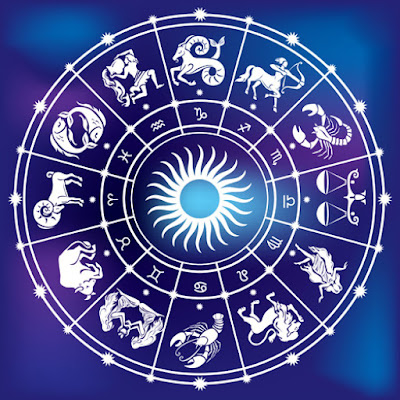 "A child is born on that day and at that hour when the celestial rays are in mathematical harmony with his individual karma. His horoscope is a challenging portrait, revealing his unalterable past and its probable future results. But the natal chart can be rightly interpreted only by men of intuitive wisdom: these are few. (Here, i would like to add--- The natives palm lines/mounts/finger shapes/texture & his name given at the time of birth are also in perfect harmony to his previous deeds, good & bad. A name given, is not at all a coincidence. It his destiny. Name change -bringing positive vibration will happen-- ONLY if he is destined to. Many are not aware of this vital fact.) 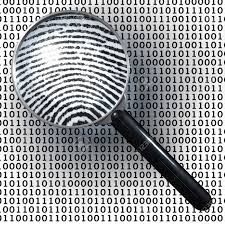 "The message boldly blazoned across the heavens at the moment of birth is not meant to emphasize fate the result of past good and evil --but to arouse man's will-- to escape from his universal thralldom .What he has done, he can undo. None other than himself was the instigator of the causes of whatever effects are now prevalent in his life. He can overcome any limitation, because he created it by his own actions in the first place, and because he has the spiritual resources which are not subject to planetary pressure.

"Superstitious awe of astrology makes one an automaton, slavishly dependent on mechanical guidance. The wise man defeats his planets which is to say, his past by transferring his allegiance from the creation to the Creator. The more he realizes his unity with Spirit, the less he can be dominated by matter. The soul is ever-free; it is deathless because birthless. It cannot be regimented by stars.

"Man is a soul, and has a body. When he properly places his sense of identity, he leaves behind all compulsive patterns. So long as he remains confused in his ordinary state of spiritual amnesia, he will know the subtle fetters of environmental law.
"God is harmony; the devotee who attunes himself will never perform any action amiss. His activities will be correctly and naturally timed to accord with astrological law. After deep prayer and meditation he is in touch with his divine consciousness; there is no greater power than that inward protection."

"Then, dear Master, why do you want me to wear an astrological bangle?" I ventured this question after a long silence, during which I had tried to assimilate Sri Yukteswar's noble exposition.

"It is only when a traveler has reached his goal that he is justified in discarding his maps. During the journey, he takes advantage of any convenient short cut. The ancient rishis discovered many ways to curtail the period of man's exile in delusion. There are certain mechanical features in the law of karma which can be skillfully adjusted by the fingers of wisdom.

"All human ills arise from some transgression of universal law. The scriptures point out that man must satisfy the laws of nature, while not discrediting the divine omnipotence. He should say: 'Lord, I trust in Thee, and know Thou canst help me, but I too will do my best to undo any wrong I have done.' By a number of means by prayer, by will power, by yoga meditation, by consultation with saints, by use of astrological bangles the adverse effects of past wrongs can be minimized or nullified.

"Just as a house can be fitted with a copper rod to absorb the shock of lightning, so the bodily temple can be benefited by various protective measures. Ages ago our yogis discovered that pure metals emit an astral light which is powerfully counteractive to negative pulls of the planets. Subtle electrical and magnetic radiations are constantly circulating in the universe; when a man's body is being aided, he does not know it; when it is being disintegrated, he is still in ignorance. Can he do anything about it?

"This problem received attention from our rishis; they found helpful not only a combination of metals, but also of plants and most effective of all faultless jewels of not less than two carats. The preventive uses of astrology have seldom been seriously studied outside of India. One little-known fact is that the proper jewels, metals, or plant preparations are valueless unless the required weight is secured, and unless these remedial agents are worn next to the skin."

"Sir, of course I shall take your advice and get a bangle. I am intrigued at the thought of outwitting a planet!

"May the divine guide you to a genuine Astrologer/Palmist/Numerologist who is concerned in your welfare, than the material benefits , you have to offer..